We picked up three really valuable points on the road in what was a very open and highly entertaining match on the Rayners Lane 3g pitch. We brought back Tommy Twelves into the starting line up and our 5/3/2 formation gave us better balance, with more support for Ollie Butler up front and attacking width provided by Adam Sawyer and Eliajah Hearn

We started brightly and it was no surprise when we took the lead through Godlove Oppong. What was a surprise was when Broadfields equalised shortly after, with a superb strike from 25 yards. We were not to be denied though as we continued to exploit Broadfields ariel defensive weakness. Godlove was a constant menace, using his power and pace to great effect. He could easily have had a hat trick as he hit the woodwork and was frequently denied by the keeper.

Goals and goalmouth action were aplenty and we went in happily with a 3-1 lead which could have been more had we taken our chances. Confusion rained at one point when the referee awarded us a goal, consulted one assistant who confirmed the goal and then went over to his other assistant, finally reverting to a previously taken corner kick! In fairness to the opposition they also went close on numerous occasions suffice to say that both defences were seriously stretched at times.

Things were a little different in the second half as both defences tightened up their act. We were unable to maintain the high tempo game we had deployed in the first half and, whilst never hanging on, there were a few wobbly moments when an equaliser was threatened.
A welcome victory which needs to be a springboard to propel us towards mid-table anonymity! 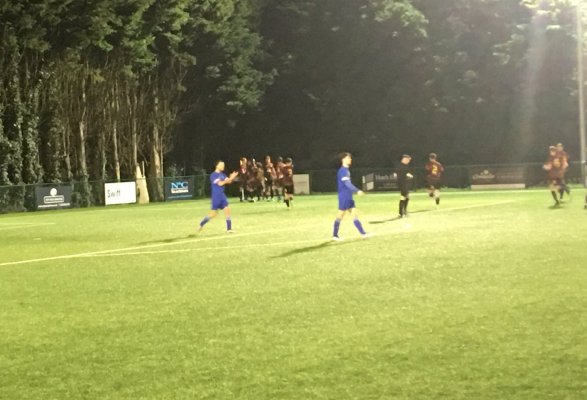