The game took place at a sunny Grass Roots Stadium with both teams looking to get off to winning starts. The opening was even between the two sides with the first chance of the game going to the home side. A great ball from Ben Johnson was met by the head of Captain Matthew Mitchell whose header was tipped over the bar by Colney keeper May. Two minutes later it was the same combination of Johnson to Mitchell, this time with an even better save coming from the Heath keeper. Colneys first chance of the game came in the 20th minute after a questionable handball decision from the referee gave Colney a free kick just outside the area. Although on target, the shot was comfortably saved by Lewis Todd in the Tring goal.

The opening goal of the game went to the visitors in the 24th minute. A long ball over the top of the Tring defence fell to Heath striker John Clemence whose first shot was well saved by Todd. Unfortunately the rebound fell straight back to Clemence who finished into an open goal. It was a difficult goal for Tring to concede made even worse by the fact it had been scored by an ex-player. Colney thought they had made it 2-0 after a deep corner was headed in, but the goal was ruled out by the referee for an infringement on Todd. At half time the score was 1-0 to Colney Heath with Tring knowing that they hadnt been at their best.

Tring started the second half quickly looking to find an equaliser. Mulik Rickman volleyed a cross that beat the keeper but not the crossbar. Phil Lowen then hit a fierce shot that was spilled by May, but he recovered quickly to grab the rebound. The key moment of the game came in the 53rd minute after some good work from Matthew Mitchell, he found a cross that fell to Oran Swales, however he could not direct it goal wards. From that Tring attack, a long ball from Colney was played back to Chris Griffin whose first-time strike from 25 yards out found the bottom left hand corner. Again it was a tough pill for Tring to swallow, who had started the second half really brightly and definitely looked the most likely to score.

Despite conceding a second, Tring continued to play on the front foot, and they were only denied by good defending and keeping from Colney. A Mitchell free kick was headed goal wards by Jacob Carter only to be tipped over by May yet again. Tring were given a lifeline when a short corner was played to Swales who was bought down in the box. Mitchell dispatched the penalty, hitting the ball hard into the right-hand side of the goal to make the last 15 minutes interesting. Substitutes Dan Ferrigno and Ollie Butler had shots blocked and the final chance came when Phil Lowen hit the ball from a short free kick only for the shot to be blocked and Mitchells effort saved. Clemence saw yellow for a late challenge and that was the last action of the game with Tring losing a tight game where a draw would have been a fair result. 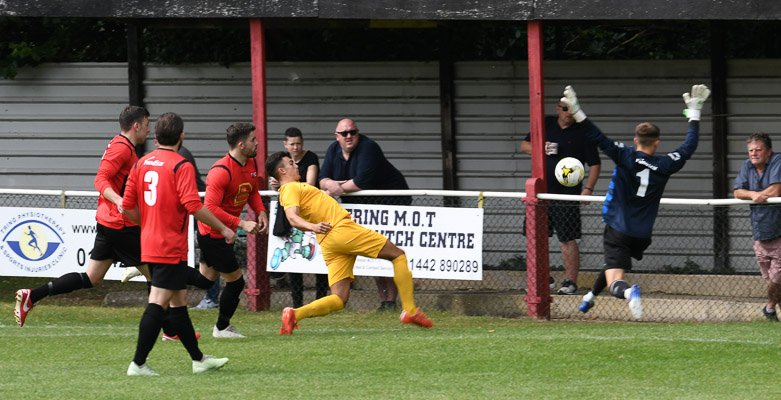 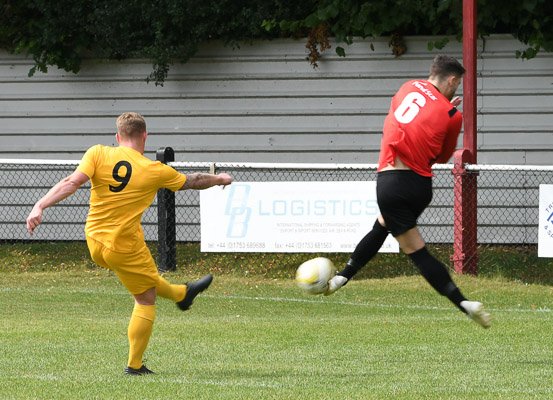 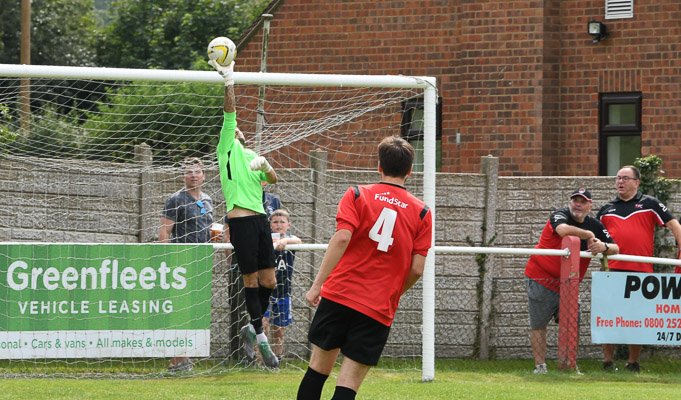 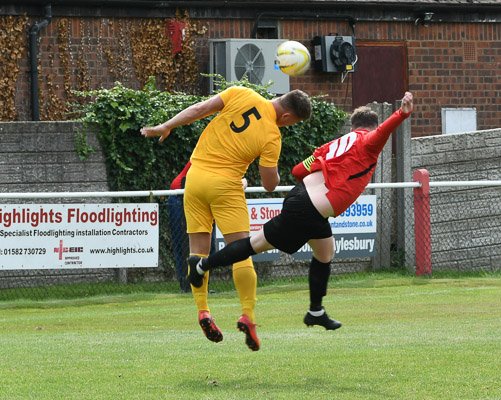 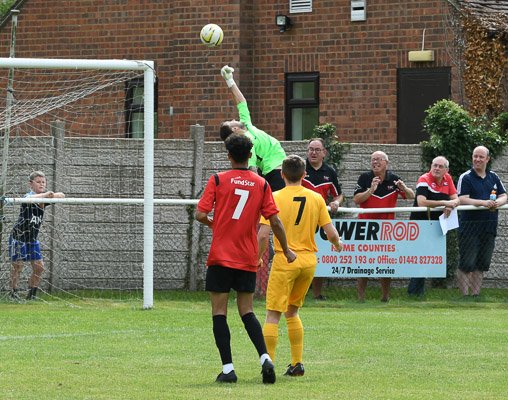 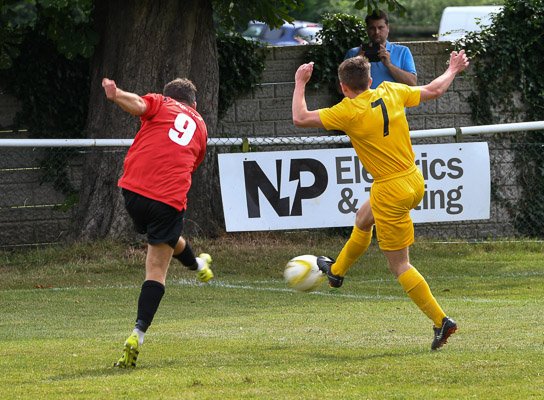 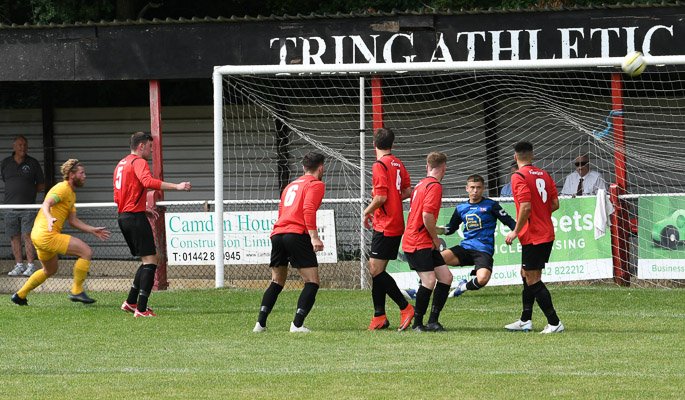 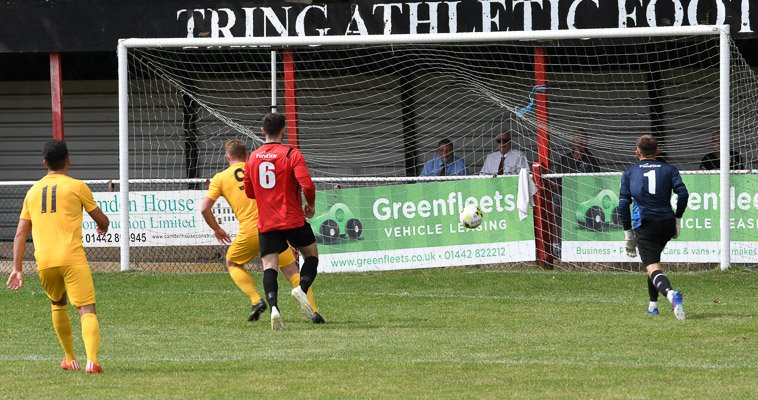 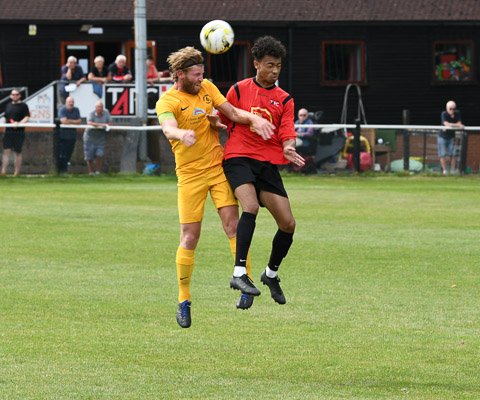 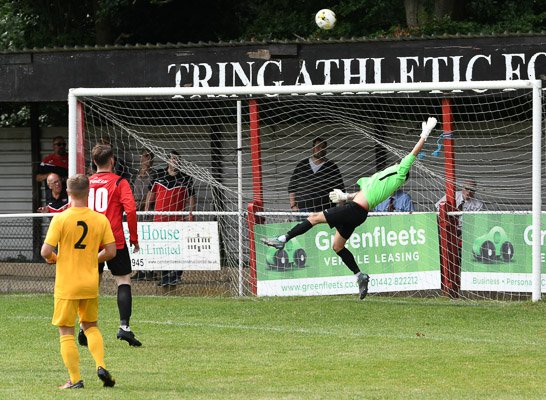 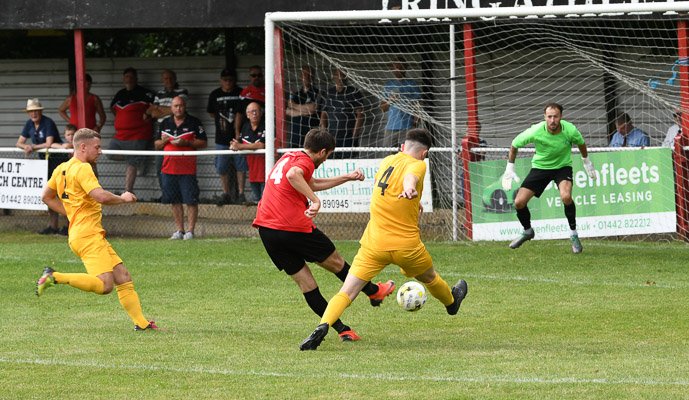 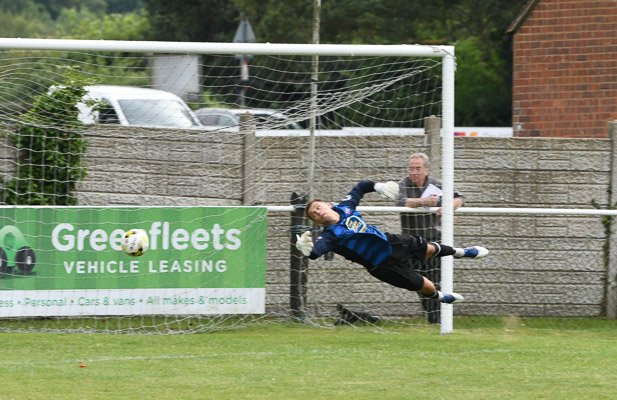 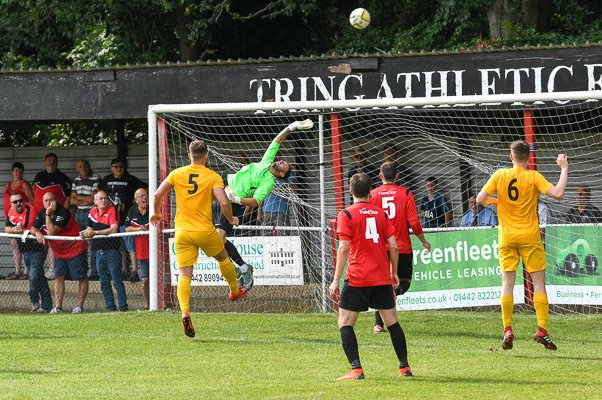 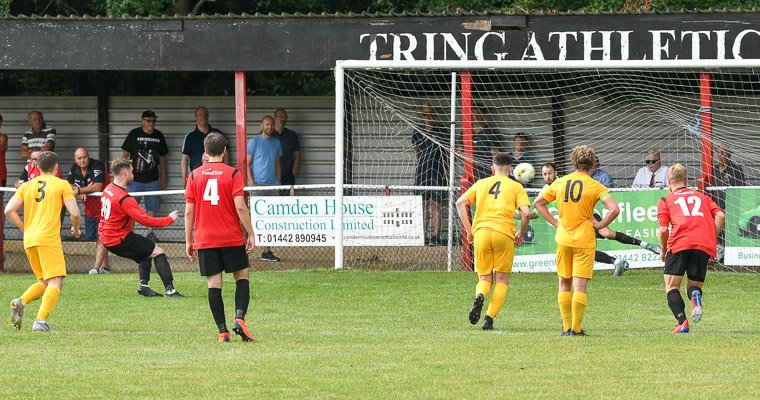 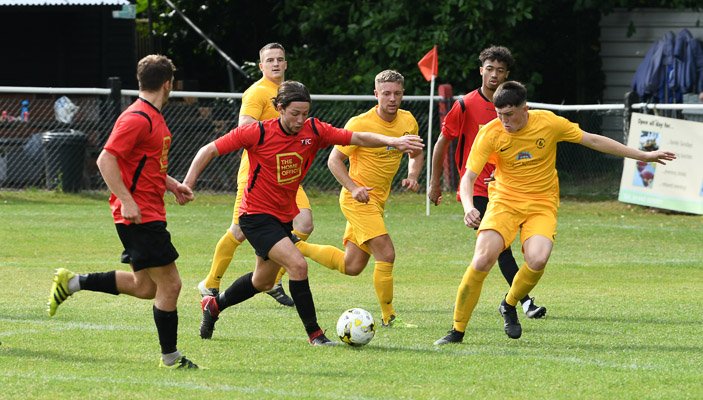 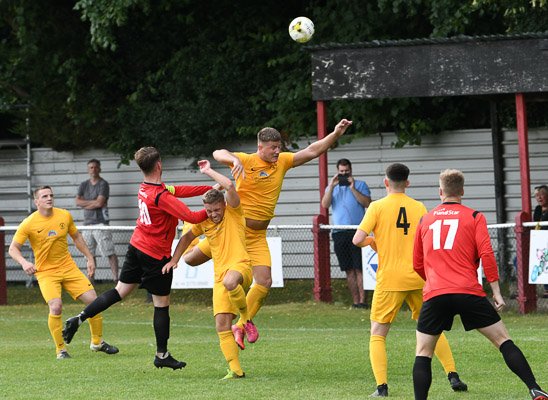 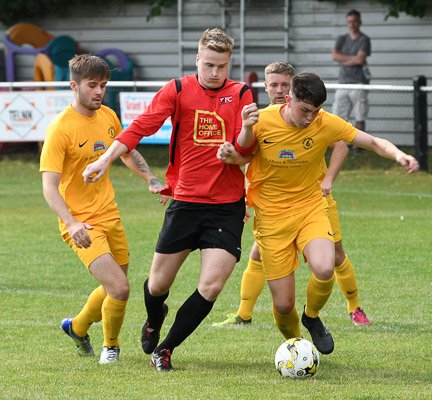 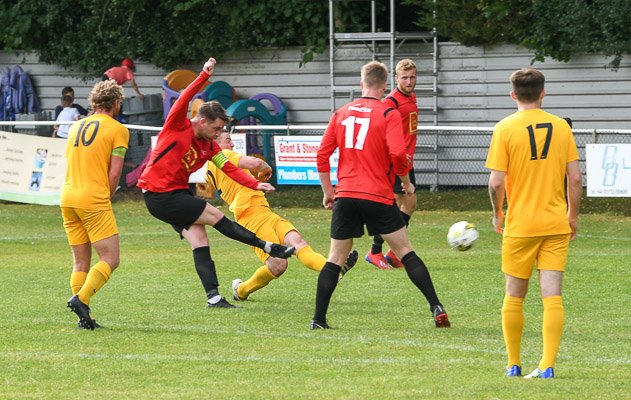 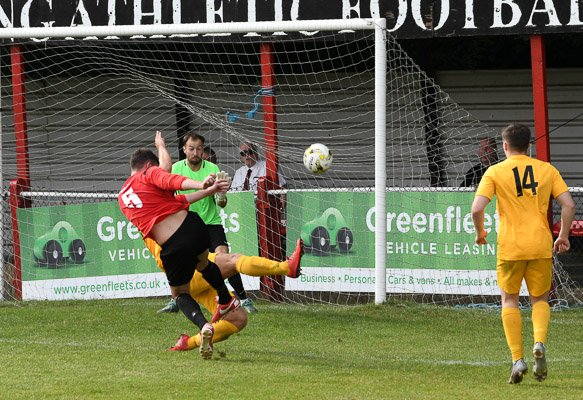