Results > Reserve team > Report
Return
Sat 28th Aug 2021
Herts Senior County League Division One
TAFC Reserve team 3-1 Harpenden Town
TAFC goals: Ollie Ruttle (2), Max Machen
An excellent win for the reserves against Harpenden Town to get their first victory of the season. The first half hour was a fairly even affair with few clear cut chances but Tring took the lead just before the break . Max Machen put a teasing cross in from the right and Ollie Ruttle nodded in clinically at the near post.

Ten minutes into the second period Tring doubled the lead. After a good passing move involving many of last seasons u16s, a low cross from the left just evaded Ruttle but Max Machen was on hand to finish confidently on his senior debut.

Harpenden continued to threaten and look dangerous going forward but this left some holes in their defensive lines which we looked to exploit. Tring made the game seemingly safe midway through the second half. A deep free kick from the right was headed back across the six yard box by Max Dechamps finding an unmarked Ollie Ruttle to finish from close range. 3-0.

With around 15 minutes to play Harpenden hit us on the counter attack and pulled a goal back. 3-1. With just over 5 minutes left, the visitors were rightly awarded a penalty for handball. George Saunders in the Athletic goal stood his ground as the ball drifted over the bar and into the rugby ground. A let off for the lads which could have set up a nervy final period.

There followed chances for both teams, Charlie Hendry-Smith shot wide and Saunders saved well at the other end but no further goals were added. The final whistle blew and three points were well and truly earned. With a few players missing for various reasons today, the squad stepped up giving Michael Churchill some nice selection headaches ahead of the cup match at Buntingford next Saturday.

Highlights of the match including all three goals can be found in the link below. 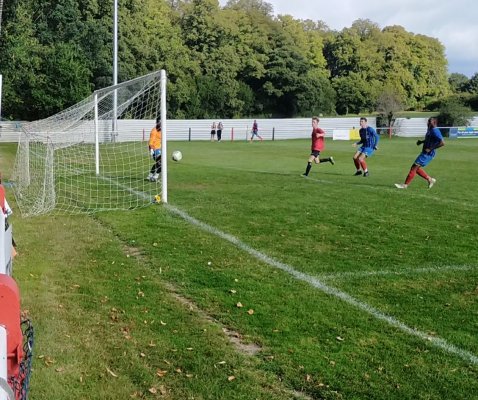 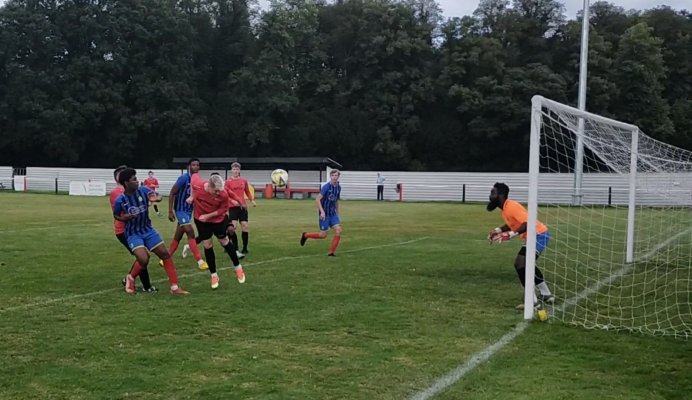 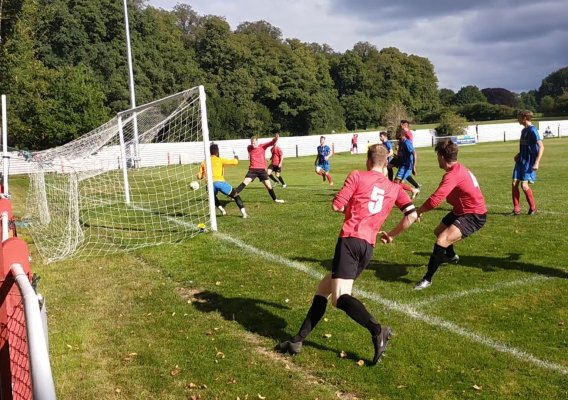