Our League season came to a conclusion with a tough draw against an in-form Crawley Green side which secured us a final placing of 13th in the table. Not so long ago finishing in the bottom half of the table would have been seen as a very big disappointment but bearing in mind that 4 months ago things were looking very grim we can take a lot of satisfaction at the way we have been transformed as a team since then.

The changes we have seen since the start of the year have been startling and Ryan Sturges, Lee Groves and Ian Richardson deserve a lot of credit for moulding these undoubtedly talented young lads into a team that can compete with the very best in the League. This was evident in midweek when we beat Risboro Rangers (even if our kit was ugly!!) which then went on to cost Risboro on Saturday when New Salamis beat them 2-0 to claim the title by 1 point.

The biggest change this writer has seen is that Ryan and his coaches have put a smile back on our supporters faces. Its been a joy to watch these youngsters play, not only for their skills but also for the commitment and energy they put into games. There is clearly a challenge ahead because expectations have been raised and the summer will be a busy time as we try to keep a lot of these players and add others to strengthen the squad, but the future looks a whole lot brighter.

Crawley Green have also been through an enormous change. Up to recently they were staring relegation in the face when they suddenly hit top form to win 3 games on the trot clocking up 10 goals and conceding only 1. They needed at least a point from our game to survive and hope that Holmer Green and London Colney failed to pick up any points. As it happened the former drew 1-1 at home to Baldock Town whilst the latter impressively won 3-1 at Leverstock Green so this meant Crawley Green survived on goal difference.

Looking back to the sides that played out a 3-3 draw in Luton on 2 October 2021 only 5 of ours were in this squad (Harrison Cornick, Adam Sawyer, Harry Seabrook, George Carbery and Ali Mohiuddin) whilst our opponents had only 2 (Chris Cook and Luke Andrews). How things can change in football

This was a classic case of a game of 2 halves, our guests were the better side in the first 45 minutes and we took over the mantle in the second period. We were not quite on our game in the first period, it may have been a hangover from our midweek efforts but to be fair the opposition played well and created some good opportunities with the dangerous Luke Andrews forcing a very good save from Mike Underwood and then putting another good chance wide. His colleague Joe Hankins, who scored a hat-trick in the previous game, also failed to capitalise on a presentable chance.

We did stir ourselves around the half hour mark when Godlove Oppong would have presented Ronan Hutchins with a tap in had a defender not made a very timely intervention. So we went in at the break slightly fortunate not to be a goal down.

Ryan must have given a good team talk over the half time cuppa because we were more like our old selves from the restart. We dominated play and started to improve the quality of our passing. Charlie Miller pinged a shot just wide and a lovely flick from Goddie nearly set up Leo Farruch. Later Leo scored with the help of Goddie after the keeper failed to hold another Charlie Miller shot, but the offside flag went up to spoil our celebrations. George Carbery will wonder how he didnt put away an exquisite cross from Eli Hearn, but our skipper was to make up for it later.

Midway through the half Jack Stevens was rightly red carded for fouling the oppositions best player Lue Andrews and to make matters worse Joe Hankins scored from the free kick. Score 0-1.

Despite being a man short we still kept playing some lovely football and deservedly equalised in the 80th minute when George Carbery tucked away a scuffed shot from Leo Farruch. It was another strong performance from Carbs who must be one of the leading contenders for Player of the Season.

Crawley Green must have had their eyes on the other games because they seemed content with the draw although in the 90th minute that man Luke Andrews had a good opportunity to claim all 3 points but Unders came to the rescue to ensure the game would end in a draw which was just about the right result. FT Score 1 -1

Our league season my be over but we have one or possibly two important games coming up with a trip to Hadley on Tuesday 3rd May for a Premier Division Cup Semi-Final game. If things go well we could have a Cup Final to look forward to which would make it a great end to the season. Hopefully we will see a strong contingent of our supporters at the game. 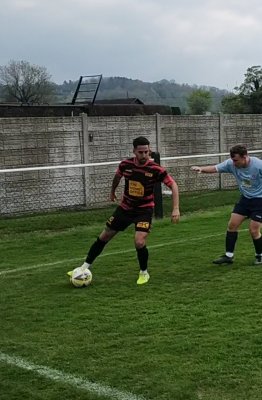 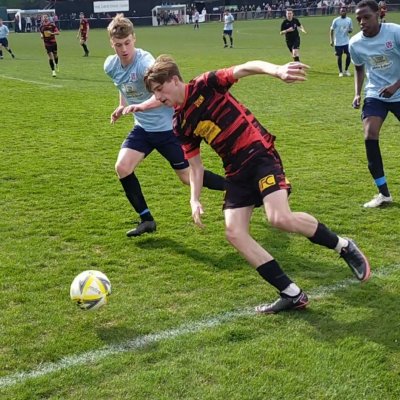