With nearly an hour gone we had failed to put away our chances so Manager Kevin Christou decided to shake things up a bit to spectacular effect. Within 26 minutes his 3 subs had scored twice and set up another goal, with a late goal from the visitors making the final score 3-1.

There was one change to the starting line up from the victory over Harefield Town the previous Saturday with Charlie Mann returning as keeper with Charncey Dash and Oran Swales both coming back from injury and taking their place on the bench alongside new signing Frazer John.

Our 43rd encounter against our rivals from Watford was played in weather more suitable for sunbathing with a cool drink by the sea rather than running around on a football pitch, but the officials sensibly allowed water breaks during the game. Despite the hot conditions both teams produced some lovely football played at a high tempo.

The first action of note came in the 9th minute when Chris Vardy set Mulik Rickman free down the left and our number 11 cleverly pulled the ball back for Max Mitchell whose first time left shot was tipped over by our former keeper Matt Evans. From the resulting corner Tommy Fletchers header was cleared off the line and from a follow up shot there were loud appeals from our players for handball, which the Referee who had a good game waved away.

A good move involving the powerfully built Andre Lopes and the diminutive Nick Kerley presented the latter with a sight of goal but his attempt to curl his shot into the far corner was wide of the mark.

During the early stages the visitors had the slight edge in terms of possession and throughout the game looked lively and played some good football but they got little change from our defence in which centre backs Tommy Fletcher and Jay Lovell are developing into a formidable partnership ably assisted by full backs Ben Johnson and Chris Vardy.

After a slowish start we started to take control and Matt Evans was by far the busier keeper tipping a rasping left shot from Mulik Rickman over then keeping out a Luke Dunstan header from a corner. There were also some quality crosses from Max Mitchell and Jacob Carter which were crying out for a touch.

With 3 minutes to go to half time Max Mitchell slipped a short corner to Chris Vardy who whipped over a superb cross to the far post where Tommy Fletcher was waiting unmarked. You would have put your kids dinner money on Tommy scoring but his header went just over.

The final incident of the half saw us awarded a free kick in a dangerous position just outside the area well within Max Mitchells range but his well struck effort went just wide of the goal. Thus a half, in which we had been mostly in control, ended scoreless with our supporters no doubt praying that our missed opportunities would not come back to bite us on the posterior. HT Score 0-0.

The early stages of the second half were fairly even with neither side creating much of note. Another Tommy Fletcher header appeared to hit Mulik Rickman on the line and Joe Naylors header from a Max Mitchell free kick cleared the bar. Jets were playing their usual easy on the eye football but there wasnt too much goal mouth action.

It was at that point that Kevin Christou decided to make some changes bringing on Charncey Dash who got into the action immediately, slipping a fine pass through to Joe Naylor whose shot under pressure lacked the power to trouble Matt Evans.

Jets continued to push forward but had failed to test keeper Charlie Mann but a fine run by Carlos Simao caused us some problems before he slipped a nice pass to Nick Kerley who from a promising position produced what golfers call an air shot.

In the 65th minute Oran Swales came on and within a minute he broke the ice. Latching onto a smashing pass from the outstanding Ben Johnson down the inside right channel he used his considerable pace to get to the ball first and slot a shot past Matt Evans. It was his opening goal for the club and hopefully the first of many this season. Score 1-0.

Four minutes later we doubled our lead thanks to some quick thinking from Charncey Dash who latched onto a fine pass from Jay Lovell down the right and then hit a first time cross to the far post where it was smashed home by Joe Naylor. Joe is a local boy who has been at Athletic since he was 16 (and is still only 21) and has worked his way up through all the levels in the club to a place in the First Team where he is second in the list of scorers this season with 3 goals. Score 2-0.

Jets tried desperately to get back into the game with their big left back Calvin Moses pushing forward and going on a great run into our area only to be stopped by Charlie Mann who was quick off his line. The skilful Jets centre forward Nick Kerley had 2 efforts on target but neither stretched Charlie Mann.

However we were now on a roll and in the 82nd minute we scored goal number 3 and again it was one of the subs who bagged it, namely Frazer John who took just 6 minutes into his debut to score.

Charncey Dash started the move with a squared pass to Luke Dunstan who smashed a shot that Matt Evans did well to save. Frazer John collected the loose ball then skilfully went past the defender before coolly slotting his shot into the far corner. Score 3-0.

Jets to their credit didnt drop their heads and were eventually rewarded with a consolation goal when Andre Lopes shot found the corner of the net in 88th minute but by then the game was effectively over. FT Score 3-1.

This was a very good result and performance especially considering the team is still finding its feet after a big change around in players during the summer. We are certainly playing some quality football and have some very talented players in the squad but there is a long way still to go and some stiff tests will no doubt still await us, but the prospects for a good season look promising.

Our next game sees us travel to Edgware Town on Saturday for a League match. 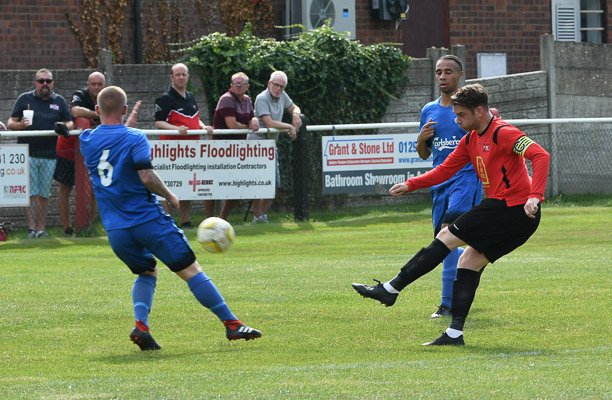 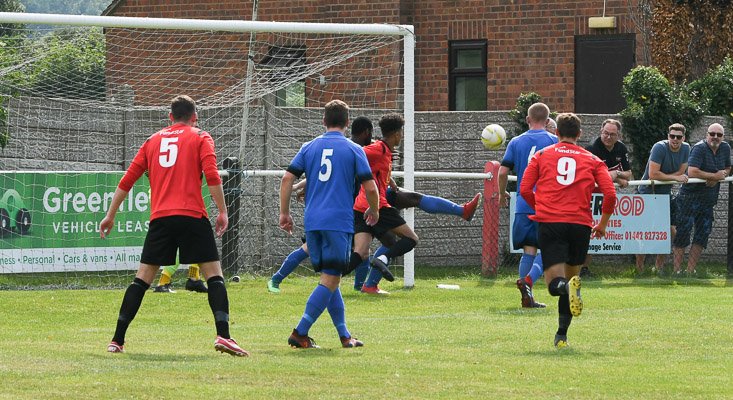 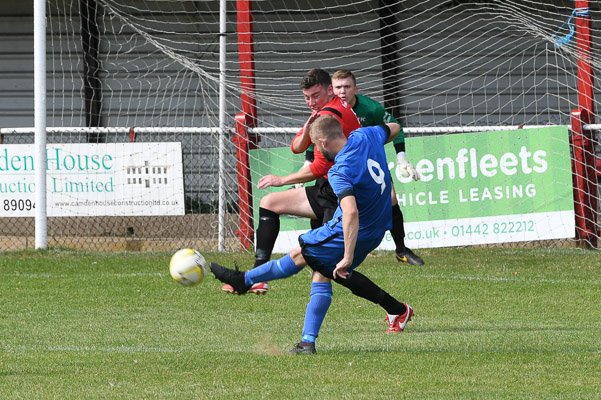 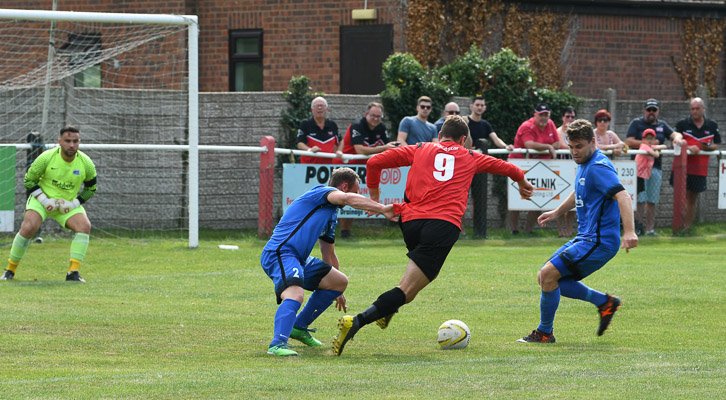 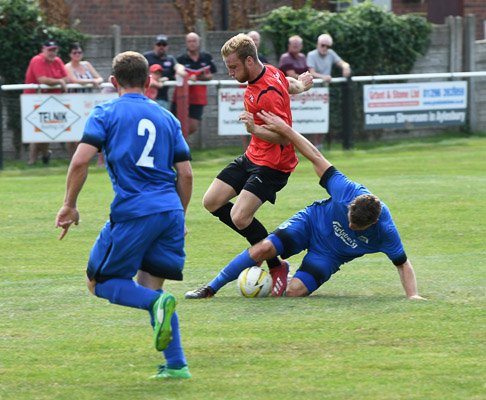 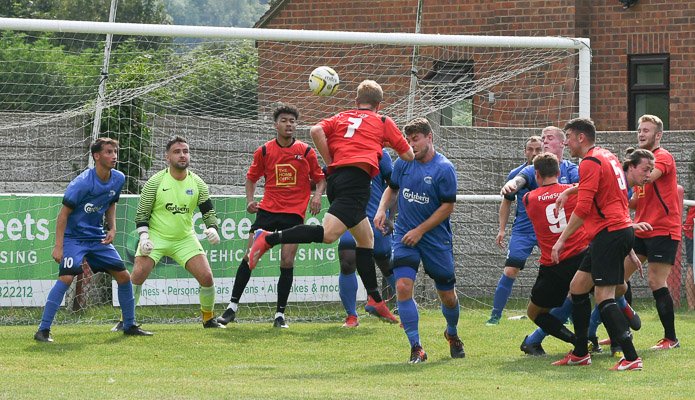 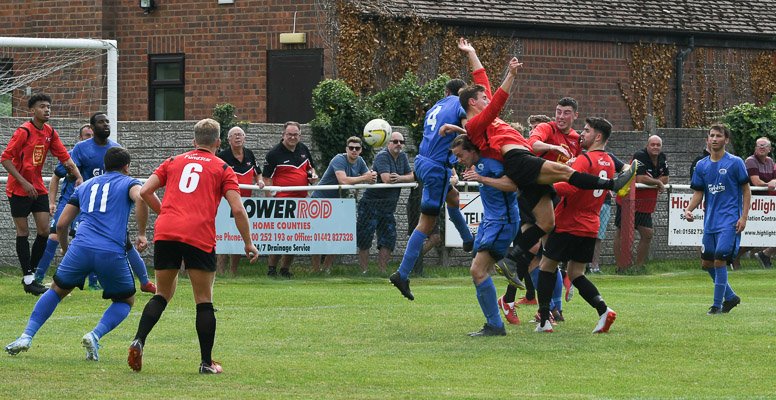 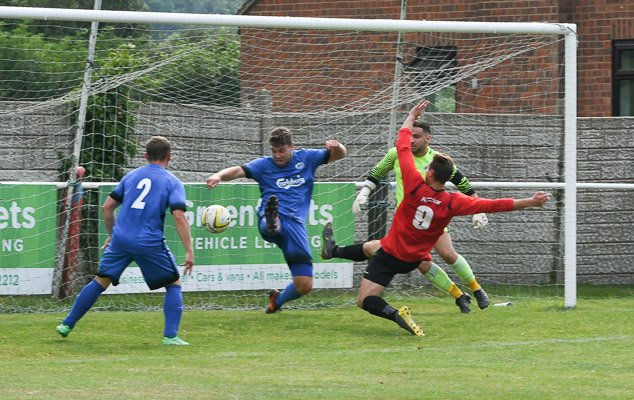 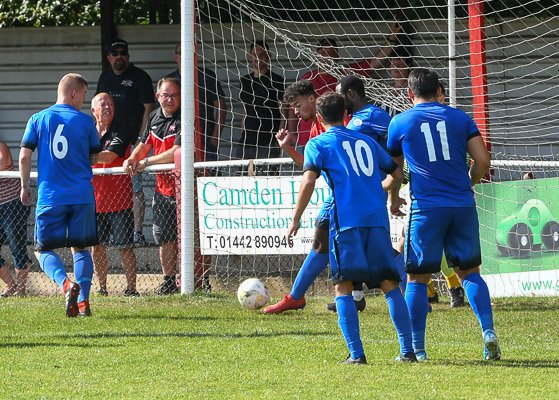 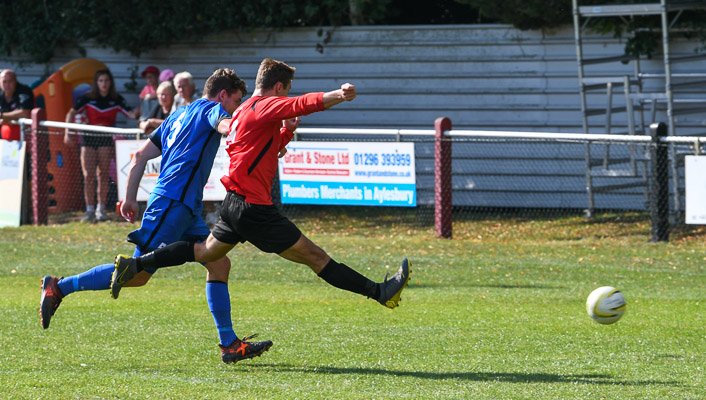